Stop promoting to other cartoonists! 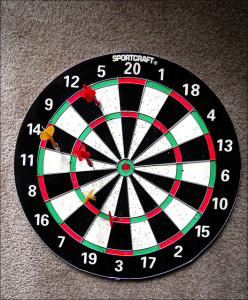 CC BY Rafael Castillo If you’re marketing to other cartoonists, you’re missing the target.

It’s an effort that is almost 100% wasted. I know, I know… you’re hoping that someone will like your comic enough to cross-promote with you. And that’s not without merit. But you’re going to find that cross-promotion with other (good) comics usually comes as a result of one thing: making a super-good comic.

You can’t cajole someone into promoting you. You can’t guilt it into happening. Well, you can… but the cross-promotion won’t be very valuable.

Nope, the only cross-promotion that’s worth a damn is when a fellow creator sees your work and LIKES it.

“OK, wise guy… how is this other creator going to see my comic if I don’t promote to cartoonists?”

Easy. She’ll see your fans talking about how great you are on Twitter. He’ll see the Facebook posts doing the same. They’ll hear your work being talked about at conventions or in private online conversations.

And, chances are, they’re going to want to give you the same leg-up that someone else gave them. And they’ll promote your work. Besides, that kind of promotion works both ways. When I re-post someone’s work that I think is particularly strong, I’m just making my own social-media feed that much better. So I’m always looking for work that I think is good. It brings more followers to me.

Until your comic is good enough to generate that kind of action on its own… you’re not ready for cross-promotion.

This is the reason I disallow self-promotion on Webcomics.com: All of those self-promotion posts get in the way of more important things. Let’s say you have an online group of cartoonists. There are all kinds of important issues that this group can crowdsource. What’s the best digital-drawing software? What’s the appropriate price for a commissioned illustration? Who’s got the best Web hosting?

And there are some groups — on Facebook and elsewhere — that (along with some healthy moderation) could actually be decent resources for this. But they fall flat repeatedly. Why? Because the feed is choked with self-promotion. You have to weed through so much crap, it’s hard to get to the useful content.

That’s why I turn a blind eye to the “sneaky” self-promotion that goes on in the Critique section of the Webcomics.com forum. It’s not blocking any useful content. All it does it alert me to the fact that we need to be talking a lot more about promotion that actually works.

To that end, let’s talk about good promotion.

The Best Promotion is Quality

Although you probably don’t want to hear it, I’m going to say it anyway. The best promotion is a two-step process:

Step One: Do a tremendous comic.

Step Two: Make it easy for people to share that comic.

You have to earn Step One on your own. But Step Two is simple. You need social-media sharing buttons directly under your comic — and as close as possible. This tutorial will show you how in an easy step-by-step format.

That’s it. But that first step’s a doozy.

If you’re going to promote, pick a target. And unless you’re doing a comic about cartoonists, that target isn’t going to be fellow creators. Who would be likely to read and enjoy your comic? What kinds of demographics does your work appeal to?

Now, many of you are going to say one of two things.

One: My comic appeals to everybody! I don’t limit my audience.

Let’s take the second one first. It’s an easy fix: Ask them! 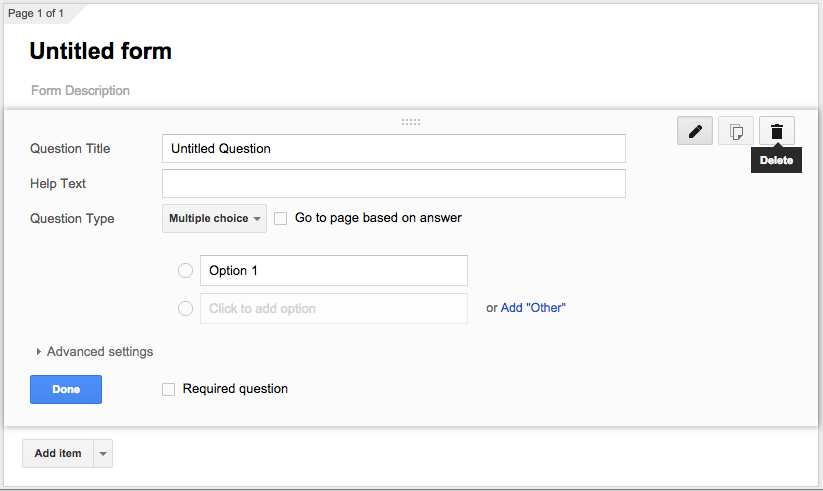 You can easily build a reader survey in Google Docs. Go to Google Drive and select New -> Google Forms. You can now set up a number of questions to learn more about your readers. Better yet, you can control the format those answers arrive in — such as multiple choice, checkboxes, choose from a list, short answer, etc. When you’re done, you can generate a public link to the questionnaire to provide to your readers. After they complete the form, their answers are entered into a private spreadsheet that contains all of the readers’ answers. The result: an easy-to-read snapshot of your comic’s readership.

“My comic appeals to everybody! I don’t have a demographic!”

Sure you so. You just have to look a little harder.

First of all, use that readership survey we just discussed and look for trends.

Secondly, look at your Web stats, and see which comics received the greatest traffic. Which topics, when you write about them, generate the most interest among your audience? Which updates get linked to the most. This can all be done using Google Analytics, and Webcomics.com features a treasure trove of GA tutorials to get you started.

Thirdly, check your social media feeds. Which comic updates get retweeted the most? Which topics, when you write about them, get the most Likes and Shares? I’d even suggest taking it beyond the comics themselves. for example, when I talk about my family on social media, I get a big response. That’s an indication that the topics of parenting, child-raising, fatherhood, etc. resonate well with the people who follow me on social media.

Be part of a community

The best way to promote to a group is from the inside. That doesn’t mean joining an online group — say a Facebook group or an online message board — and start banging the promo drum. And it doesn’t mean jumping into every conversation and crow-barring a reference to your comic into an otherwise-interesting discussion.

In fact, it’s just the opposite. Promoting from within a community means becoming a genuine part of that community — and active and engaged member of the group. Your comic should be secondary. No loud references. No pointing and shouting “Hey! Look at this!”

Rather, effecting promotion in this regard will come in the form of thoughtful, meaningful engagement. It should always be easy to find your comic through your engagement, but it shouldn’t be the main point. The end result: People will want to find out more about this person who is a new part of their group, and they will discover your comic on their own. And since you weren’t jamming it down their throats, they’ll be significantly more open to it.

Here’s a great example. Two people join a Facebook group because it’s a community of people that match a portion of their comics’ demographic. The first person posts unsolicited promotional messages that point to her comic. She doesn’t engage in the group beyond that. In fact, the only time she posts, it’s “Hey! Look at me!” She might drive some traffic to her site, but that traffic probably doesn’t stick around and give her numbers a steady rise over time.

The second offers her thoughts on the topics that are posted, and she posts new topics that are directly related to the interests of the group. As a result, some of the members of that group click over to her Facebook profile — which contains a prominent link to her comic. I’ll argue that the traffic she gets using this method is much more likely to become long-term readers that raise her site’s traffic gradually over time. Why? Because they discovered you. (Or at least it feels that way to them. I won’t tell if you won’t.)

Quick: Go you your Facebook page. Are there links to your comic under the About tab? You’d be surprised how many people are missing this crucial part of making Facebook effective (from a social-media marketing standpoint).

It would be easy to write “never buy ads” and leave it at that. Because — really — that’s pretty close to what it boils down to. But it’s actually more complicated than that. You shouldn’t buy an ad unless you’re prepared to do the necessary legwork to ensure that your message is properly targeted.

Read this post from the archive. One member wrote what it took to run an effective ad campaign on Project Wonderful. It’s a significant amount of work. But he’s describing exactly what it takes to not waste your money on online ads.

But most people I consult with don’t want to do that. They want to think that buying an ad for their comic through PW will be naturally effective because it will show up on other webcomic sites — and therefore, “people who like comics” will see it. I’ve described in an earlier post how I think this approach is flawed. But it’s not so much that this kind of thinking is wrong — because that’s open for debate. It’s inefficient. And when you’re spending your hard-earned money on something, efficiency counts.

Need another reason to keep your ad dollars in your pocket? I’ll make it simple for you. Social-media marketing is significantly more effective. And it’s free.

Finally, there are all sorts of ways to cross-promote your comic with other creators. You can join a collective, but I would strongly warn you against joining any collective that takes any amount of control over the business aspects of your comic (or the creative ones, for that matter). This archive post spells out why I feel so strongly about the matter. Join all the Web collectives you want — just don’t give them control over your business. It’s asking for trouble. And understand the game before you get in — every collective has doers and users. Inevitably, some of the members of the group will get more than they contribute (and some members will get less).

A better way of cross-promoting is to establish genuine relationships with other creators. This isn’t a plug-and-play process. It’s not going to come as a result of a quick e-mail to someone asking to exchange links. It’s actually more about meeting other creators, networking and building friendships. But beyond the personal stuff, here’s a thought. If you want someone to promote you, promote them. This works especially well if both creators have similar levels of traffic. This post from the archive lays it out fully. The more you promote others, the more willing they will be to return the favor — without being asked.

by Brad Guigar on August 19, 2016
Posted In: Archive Dive
Comments available to logged in users only.