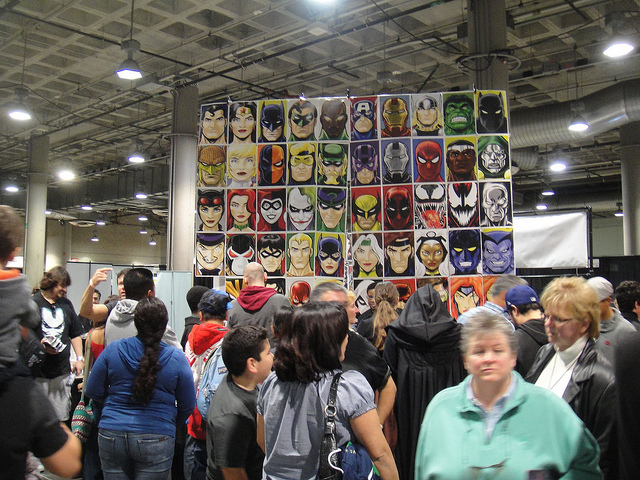 From Alamo City Comic Con to Baltimore Comic Con, the rumors ran wild: There might be a crackdown on Artist Alley vendors who sell unlicensed prints at New York Comic Con this weekend.

Via Rich Johnston at Bleeding Cool:

So I asked around. And while, as I understand it, there is no official “crackdown” per se, I have been told by Marvel sources that “tolerance is growing thin. Especially from companies who legally pay for the licenses to comic art from all the different companies. And from Marvel artists who sell legal prints but are being undercut by hacks who have never worked for Marvel before.”

This is an issue that Webcomics.com has kept on members’ radars since 2011, when the Disney/Marvel merger first started fueling these suspicions.

But what does this mean for selling original art or sketches that feature a character that the artist doesn’t have license to draw? Johnston:

Unlicensed prints of any company’s characters are just that… unlicensed. Which means if you are selling them, that’s an illegal act, if the copyright owner chooses to pursue it. Companies like Marvel and Disney have usually turned a blind eye to original works of art, but unlicensed prints smack of a production line. And it’s that which is getting the attention, especially when it contravenes the legal language that vendors agree to before setting up in Artists Alley…

The crackdown may or may not happen this weekend in New York, but conventional wisdom says that it’s on the horizon.

by Brad Guigar on September 29, 2015
Posted In: Conventions
Comments available to logged in users only.