I strongly endorse the WordPress SEO plug-in by Yoast to bolster your SEO efforts. To that end, I have some thoughts on using it effectively. In short, I think most webcartoonists are using this plug-in (and others like it) wrong.

First of all, for a thorough, comprehensive tutorial to WordPress SEO, you should definitely peruse Yoast’s own tutorial. They live and breathe this stuff, and their tutorials give tons of insight into how SEO, in general, works.

Here’s my personal approach to using this tool.

For the record, I’m using Comic Easel — but ComicsPress works exactly the same.

First of all, since SEO works best with words — and not images — I try to include a transcript of my comic in the blog area of the Comic post. Like so: 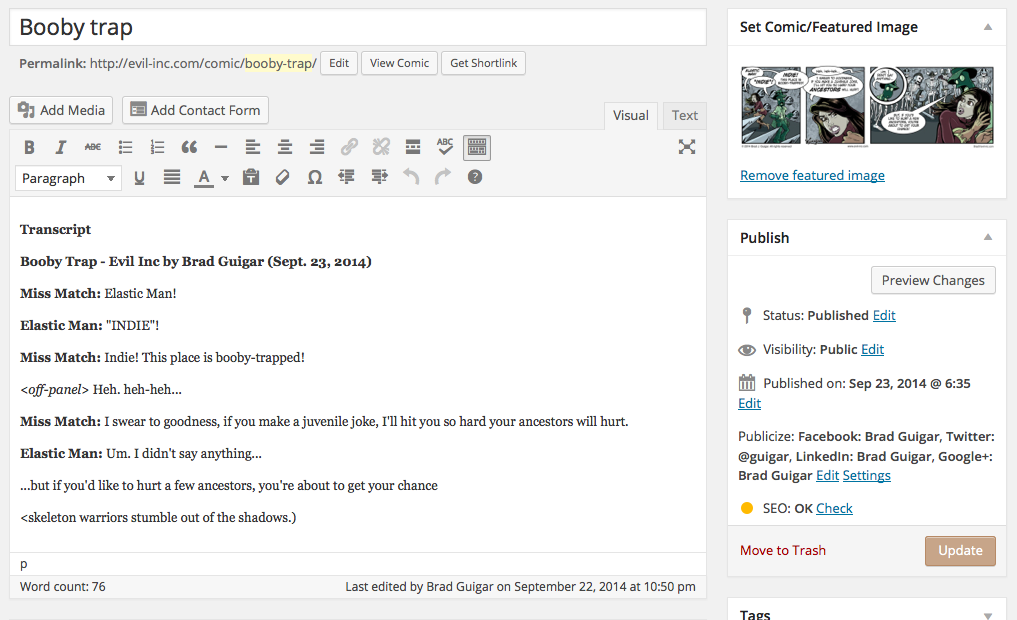 I realize that Comic Easel has a field especially for the transcript — and for all I know it may be the better choice. But I can’t figure that field out for the life of me. And putting the text in the blog post suits my needs exactly.

Of course, I have the comic-post blog disabled on my home page in Comics -> Config because I really don’t want this content on my home page. It’s not particularly useful, and it pushed more important content (like actual blog posts) further down the page where they may be missed.

It should be noted that Yoast’s plug-in applies itself to every post type — pages, posts, podcasts, and even comics. So, in the same way that you should prepare an SEO profile for a blog post, you should prep one for every comic you upload. Here’s what it looks like. 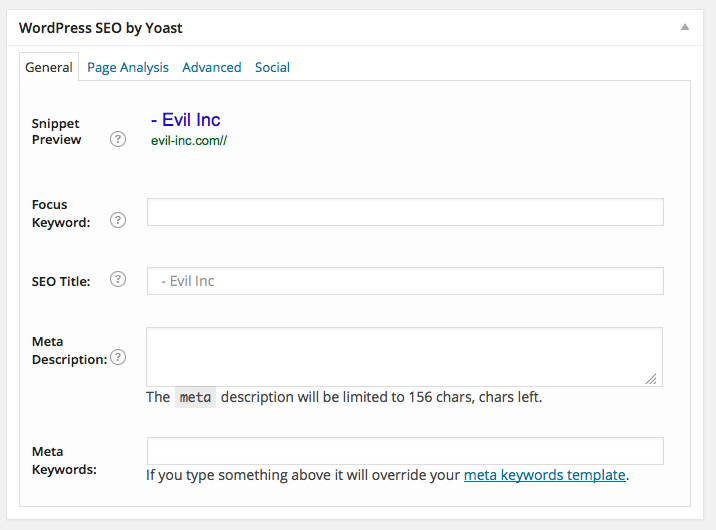 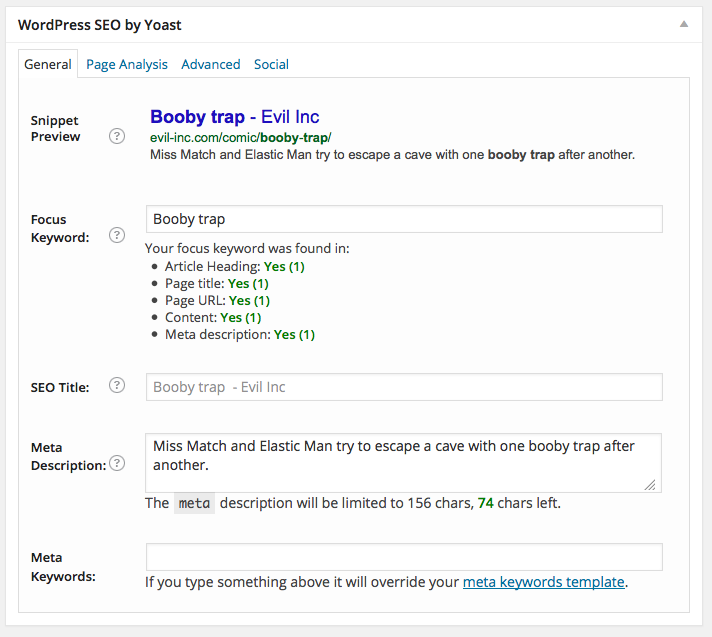 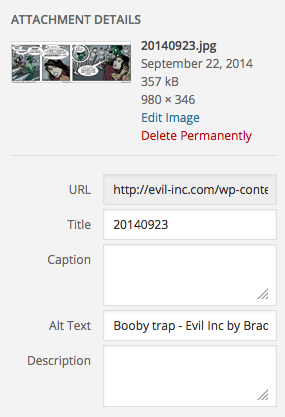 by Brad Guigar on September 18, 2015
Posted In: Web site
Comments available to logged in users only.