As a writer, it’s inevitable that you’ll come down to a fundamental crossroads in your creative philosophy: Tell it like it is… or tell it like it ought to be? Even if you’re doing writing that has a tenuous relationship to reality — fantasy, comedy, etc. — your characters and their actions will bear out your decision on this basic question. 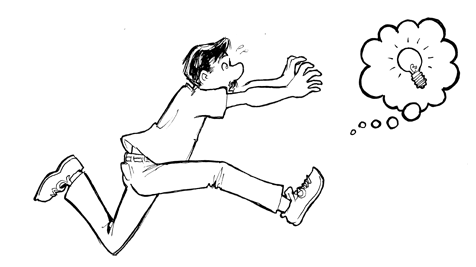 On one hand, it’s the pragmatist who says that they’re going to reflect the real world and all its warts. Your job isn’t to change the world. Rather, your goal is to hold a mirror up to the universe and tell stories based in the reality that we all share. After all, the pragmatist reasons, the stories that resonate with readers are the ones that are True — and that truth in the story is what makes a good story into an extraordinary one. After all, if you lose touch with that, your characters aren’t going to seem as real. Maybe this leads to stereotyping — all nurses are female, all Asians are good at math, all African-Americans excell at basketball — but a pragmatist insists that you’re able to say volumes about your character by either adhering to that stereotype or writing the character who is defined as breaking the stereotype.

On the other hand, it’s the idealist who says that writing has the power to shape the world. And this goes beyond showing us a world that we can all strive for. If people are continually presented certain situations in the stories that a society shares, it will inevitably lead to an assumption that the world is supposed to be that way. For example, this mindset stresses the importance of depicting girls who take an interest in — and excell at — science. If we only write girls who play with dolls and stare into mirrors, we’re telling society that this is how girls are supposed to act. It becomes a self-fulfilling prophecy, the idealist says. And we take part in enabling a generation of young girls to sell themselves short.

And in the interest of accuracy, I should probably note an important third aspect of writing — Tell it like it was. This would encompass things like journal comics, historical accounts, news/current events features, etc. You might argue that this is actually the pragmatist philosophy applied to non-fiction, but in the interest of simplicity, let’s keep the discussion between IS and OUGHT.

I don’t think either side is right, and neither is wrong. I can think of excellent examples of quality writing that could fall into either camp. And, I’ll bet there are examples of writers who keep a foot on both sides.

The question is… Which is it for you?

by Brad Guigar on June 12, 2014
Posted In: Writing
Comments available to logged in users only.