June was an excellent example of the tremendous value offered by a one-year subscription to Webcomics.com ($2.50 a month). My readers got early alerts on issues that would impact their businesses, helpful tutorials, insightful analysis, and meaningful feedback on their work.

On the Spot Hot Seat

As we concluded our Lettering Hot Seat, we launched a new critique series. When you sign up, I visit your site on a random day and talk about what’s happening at that moment. 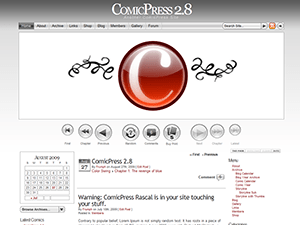 Patreon has announced another set of improvements to their interface, including content tagging, a reorganized content page, and post previews. Here’s a quick overview — and a helpful Pro Tip if you’re faced with a long list of posts to tag.

Patreon to add tags to posts

Of course, Webcomics.com readers were alerted to the upgrade almost a month earlier, along with a guide on how to use it when it was available…

The August Creator Newsletter from Patreon brought some terrific news for creators! Patreon is rolling out tags for its posts. It’s in beta right now, but the ability to group your posts by content is around the corner.

In other Patreon-related news, the crowdfunding giant became the revenue-stream-of-choice for Line Webtoons. For the better part of a year, Webcomics.com has been posting articles discussing the end of the ad-supported webcomic. Here’s a significant indication of what we’ve been talking about for the last twelve months: Line Webtoons is partnering with Patreon. From the Mary Sue:

Today, LINE Webtoon announced that Patreon has been integrated into their Discover platform, so that readers can directly support the writers and artists they love by becoming Patrons, without having to leave their Discover page. Even better, LINE Webtoon is willing to put their money where their mouth is. According to their press release, LINE Webtoon “will make a monthly pledge to creators who publish at least two updates per month on Discover and who have more than 3,000 subscribers and 5,000 monthly page views per chapter in the U.S.” 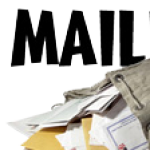 Mailbag: How do I find an artist for my comic?

Q.: I’ve written a script, and people keep telling me I should make it into a graphic novel. However, I can’t draw. How do I find an artist for my graphic novel?

A.: You’ve reached the classic Catch-22 of comics:

You won’t get a high-quality artist without paying them upfront.

And you — most likely — won’t have money to pay anybody (including yourself) until the comic is produced.

So let’s talk about how to navigate that…

What If… Beating Convention Bootleggers was a Business?

Once again, we have reports of rampant bootlegging at a major comic convention. Bleeding Cool was inundated with stories about alleged bootleggers at Wizard World Chicago — including the Carolina Ghostbusters, Fatal Planet, and Ginger Zap. It’s a perennial problem that poses a serious problem for conventioneers. After all, if you walk away from a convention only to find out that you were duped into buying a bootleg, are you going to be able to trust any future purchases at that convention?

But how does the garden-variety consumer know a bootlegger from the Real Deal?

To find the answer, let’s look to history… 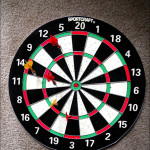 CC BY Rafael Castillo If you’re marketing to other cartoonists, you’re missing the target.

Stop promoting to other cartoonists! 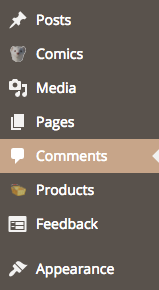 In February 2015, I published a post that asked if webcomic creators really needed to host a comments section on their sites. By May of that year, I reported that I had curtailed commenting — and it had numerous positive side-effects for me. This release from NPR.org made it even more clear…

NPR is making an announcement today that is sure to upset a loyal core of its audience, those who comment online at NPR.org (including those who comment on this blog). As of Aug. 23, online comments, a feature of the site since 2008, will be disabled. 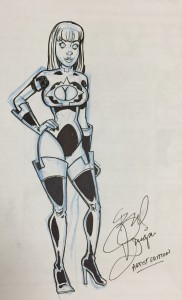 Commissioned Sketches — Saying No to the Doodle

He stood in front of my table, after hearing my prices for convention sketches.

Try telling a plumber that you don’t want your drain unclogged — instead, you’d like him to come over and just… tinker… with your pipes.

He’ll tell you to turn blue.

I think artists could learn a lot from plumbers.

I made a choice to charge for sketches at comic conventions a long time ago, and it was the right choice for me. For starters, I never had the hang-up that so many artists seem to face when it comes to accepting that their work has value. What I do takes a certain degree of skill — and I’ve worked for a long time to develop that skill — so it follows that it’s worth money. And then there’s the simple logistics. If I’m spending extra time doing free sketches, then I’m being prevented from the things that I came to the convention to do — selling and (secondarily) promoting.

So I set up a very simple commission fee structure.

How to file a DMCA Takedown notice

last month, I alerted you to Blasty, an online tool that helps you thwart illegal downloading of your copyrighted content.

Although I have had an excellent experience with Blasty, I wanted to share with you the procedure for filing a DMCA takedown notice. DMCA refers to the “Digital Millennium Copyright Act.” passed by president Bill Clinton in 1998.

I was pleased to have the opportunity to talk with Ryan Friant of Nerdarchy a few weeks ago. We talked about my history in comics and the future of webcomics in general. There’s a lot of great discussion there. 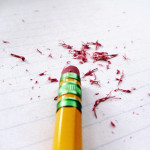 Six Common Mistakes made by Webcartoonists

by Brad Guigar on September 2, 2016
Posted In: Information, Member Benefits, Site News
Comments available to logged in users only.