Last month was an excellent example of the tremendous value offered by a subscription to Webcomics.com. My readers got early alerts on issues that would impact their businesses, helpful tutorials, insightful analysis, and meaningful feedback on their work. Here are some samples of what you may have missed…

While everyone else was posting their new Vero accounts, Webcomics.com gave you the heads-up about some troubling facts being the “new” app — along with instructions to navigate the app’s highly unusual procedure to delete your account. [subscribers can read this post]

Hitch It / Ditch It critique series

The Hitch It / Ditch It critique series continued. Members who wanted constructive feedback on their webcomics got suggestions on one thing that needed improvement as well as one thing they were doing very well!

I think it’s one of the pervasive mistakes made by webcartoonists today — they’re doing strips when they ought to be doing longform comics. It’s an easy mistake to make, after all. Most of the webcomics that have caught our attention in the early part of webcomics history (2000-2010 or so) have been comic strips. That’s why webcartoonists have chosen the strip. And it’s a big reason they may be struggling. [subscribers can read this post] 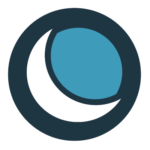 Using DreamObjects to Back-Up Your Site

As I’ve mentioned before, I’m a big fan of Dreamhost for Web hosting — especially if you’re using WordPress. One of the features Dreamhost offers is a cloud-based back-up option called DreamObjects. This service costs 2.5¢/ GB with a 5¢/GB download fee. And you get the first 30 days free to make sure that you’re not going to wind up with a bigger bill than you’re prepared for.

My only complaint is that it is — far — from “plug-and-play.” In fact, I was halfway through my own 30-day free trial before I figured out I hadn’t even started the back-up yet!

So, in case you took my advice and bought hosting on Dreamhost, I figured it would be a good idea to pass along some (hard won) installation instructions for DreamObjects. [subscribers can read this post] 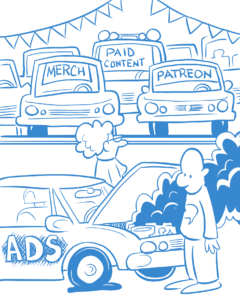 Last year, I shared a story from PageFair that said ad-blocker use went up 30% last year. Ad blockers impacted my site so significantly in 2014 that I completely changed my publishing approach — removing ads from my sites entirely in 2016. I think it’s safe to say that whatever traditional “webcomics business model” there once was is coming to an end. [FREE FRIDAY — Read it now without a subscription]

The Ad-pocalypse is Upon Us

For years, Webcomics.com has been advising members to move away from an ad-supported model and prepare for a crowd-funding future. This may be the week that many get the reason they need to finally make that move: Google’s Chrome browser will update with a built-in ad-blocker of sorts. What does this mean for Web publishers? [subscribers can read this post]

As we head into tax season, let’s take a look at one of the most useful tools for running a small business — the Profit & Loss Statement. If you’ve never prepared one, this post features a useful step-by-step tutorial. [subscribers can read this post]

It’s *Not* Hard to Get Noticed

Wrong, wrong and wrong. [FREE FRIDAY — Read it now without a subscription] 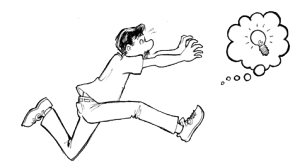 Writing: Where to Start?

When you’re writing a longform story, it seems you inevitably find yourself stuck at a fundamental question of storytelling:

“Where do I start the story?”

by Brad Guigar on March 6, 2018
Posted In: Archive Dive, Information, Promos, Site News
Comments available to logged in users only.