March was an excellent example of the tremendous value offered by a subscription to Webcomics.com. My readers got early alerts on issues that would impact their businesses, helpful tutorials, insightful analysis, and meaningful feedback on their work.

Here’s a guest post by Webcomics.com member Jake Parker. He originally wrote it in the forum, but I thought he made a lot of points that I’d like to present to a wider audience. He’s talking about setting up Patreon rewards that work. [Subscription post]

I was fortunate enough to be interviewed on Comic Pop. There’s a lot of stuff there — much of it based on the posts I’ve made here over the past several months.

That appearance touched off such a positive response, I decided to take Webcomics Confidential out of mothballs and re-imagine it…

Why are you doing a comic strip?

Chances are, your webcomic site is set up based on what webcomics were in 2005. Title image at the top — and probably way too big — and a comic strip. And if you’re not able to pull off a satisfying, standalone piece of storytelling in that strip, you’ve already lost the game. [Subscription post] 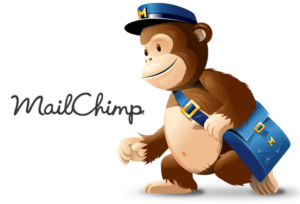 I got a chance to bend Cory Casoni’s ear while I was in Seattle for Emerald City Comicon. Cory is the business manager for Scott Kurtz (PvP, Table Titans). The subject of Patreon came up several times during the course of the week, and I learned something very interesting about one of their most popular Patreon tiers. It was something I’d assumed that most of us had stopped doing around 2005. [Subscription post]

In the second Webcomics Confidential, I answer questions from members, including: What kinds of [Patreon] rewards do you notice patrons find more desirable? Is it the connection to the creator, exclusive content, or perhaps physical rewards like a “____ of the month club”? Here’s an excerpt…

This was originally offered by Phil Hofer in the forum, but I wanted to pull it out here to make it easier to find in case anyone was looking for this answer later. The question was: Is there any advantage to using Comic Easel’s Transcript function to input comic’s script. Does it provide any SEO advantage? [Free post! Read it now!]

Webcomics Confidential Ep 3 — “How do I get more patrons on Patreon?”

For the third episode of Webcomics Confidential, we talk about one of the perennial questions in crowdfunding: “How do I get more patrons on Patreon?” Here’s an excerpt…

And the results aren’t all bad. For example, once we remove ad revenue from the equation, we’re free to rethink many things that were no-brainers for over a decade of Web publishing. And one of the biggies is this…

Webcomics Confidential Ep 4 — The end (for me) of comic conventions

I’ve announced that I am canceling all future comic-convention appearances, and I think it’s time for independent artists to consider doing the same. When you judge the numbers objectively, it becomes hard to justify one more Artist Alley table. Here’s an excerpt…

If you’re like many cartoonists, you learned Photoshop long before you learned any other image-manipulation software. As Manga Studio 5 EX continues to make converts out of us, I thought it would be useful to post a guide to manga Studio from the perspective of someone who, like myself, once saw all image-manipulation through the lens of Photoshop.

Many of the shortcuts, processes and commands are identical. But there are some old habits that you’ll need to dispatch — and still other new tricks to learn that were never possible before. [Free post! Read it now!]

ComicPOP inteview — The ins and outs of NSFW comics

The mighty Sal Crivelli from ComicPOP talks to me about NSFW comics — and specifically the role crowdfunding has played in their re-emergence. 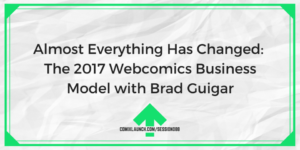 Tyler James and I discuss the many ways webcomics have changed since the early 2000s — and we re-think Patreon. From the site:

In today’s show, veteran webcartoonist Brad Guigar (Evil, Inc.) drops an onslaught of mega-ton knowledge bombs on everything from Kickstarter to Patreon to creating better comics. You’re going to want to listen to this session at least twice!

by Brad Guigar on April 4, 2017
Posted In: Information, Promos, Site News
Comments available to logged in users only.