Gumroad announces a Premium Service: We examine Gumroad’s subscription-based functionality expansion. Is it worth the extra $10 per month?

Declined payments in Patreon: Should you delete a patron whose payment has been declined? The wrong answer could be costing you hundreds!

Fair Page Rates: How can you quote a reasonable page rate unless you know what others are charging for similar work? We introduce you to a new, helpful tool.

Should you prepare for a subscription-based future? More importantly, as ad-blockers cripple ad revenue, do you have a choice?

Patreon’s public-facing numbers: Patreon has officially changed the way it presents its public-facing numbers. Instead of showing a Patreon campaign’s gross pledge amount, each page will now reflect a more accurate tally of what the creator will make after fees and declined pledges. But is this an improvement?

WPEngine alert: Wordfence passed along an important notification for anyone using the WPEngine hosting.

Hot Seat critiques: We ended the year with more Hitch It / Ditch It critiques, which give positive, constructive feedback on participants’ comics and Web sites.

Member alert: Comics People Talent Prize: There’s another contest luring cartoonists with stars in their eyes with promises of fame and fortune. We examine their Terms of Service and find some really terrible language. 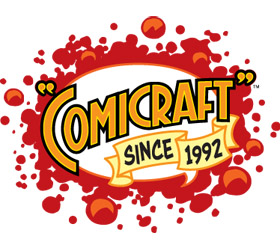 ComicCraft’s New Year’s Day sale: As always, we remind members how they can get top-flight comics-lettering fonts (like Comic Crazy, which normally sells for almost four-hundred bucks) for only $20.16.

From Foragers to the Force-Fed: The Evolution of the Webcomics Reader: I think we’re entering a new phase in webcomics — one shaped largely by social media — that requires us to pay closer attention to how readers are consuming our content. In short, our readers have evolved. And if we’d like to remain in business (or break in), we’re going to have to understand that evolution — as well as where it leads.

by Brad Guigar on January 7, 2016
Posted In: Uncategorized
Comments available to logged in users only.